This week, we have a couple more story teasers to get an idea of what the Fun Size Anthology will have in store! First up is an introduction to breakout author, Jason Cobalt. 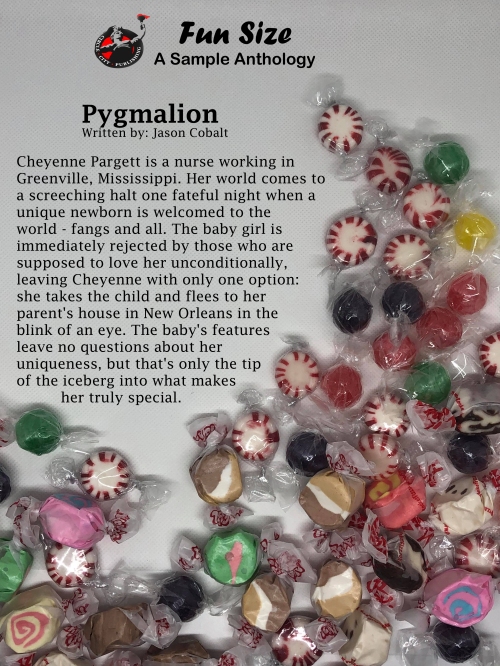 This entry is chapter three of what is meant to be a three-part series exploring a more grounded take on the superhero genre. The main cast of characters are a diverse group of individuals presented as a means to question conventional wisdom and turn understood ideas about race, religion, and sexuality on their heads. Their backgrounds and motivations vary wildly. This fictional world operates under more realistic circumstances than other such stories in the genre. The super powered people within it have the same kinds of goals, motivations, and beliefs as would any ‘normal’ person, if such a thing truly exists. A major aim of the project is to conceptualize the real-world ramifications of such beings; including practical application, social/political implications, and more realistic physical consequences.

Next is a story by another breakout author, Katheryn Schwarz, from her upcoming Dragon’s Ascent series.

Blood Dragon: The Search Begins takes place in the Dragon’s Ascent series, specifically within the pages of the first book, Dragon’s Ascent: Blood Dragon.  Dragon’s Ascent is told from the point of view of Kayla Cochikev, a woman-turned-Dragon who has been chosen by the Gods to stop the Great Undoing, an act that would bring an untimely end to the world.  Initially, she has some trouble fitting into her new role as the Blood Dragon, but with the help of her mentor and partner, Zeke, she finds her footing and embarks on the task of training her newfound abilities to defeat the leader of the Dragon Mafia and keep the world safe from harm.  Dragon’s Ascent: Blood Dragon, the first of an urban fantasy series, is still in the process of being edited.  Be sure to look for news on its release date to learn more about Kayla and Zeke’s journey.

Be sure to check back each week to see what authors will be featured along with a brief synopsis of their stories that will be in the Fun Size Anthology!