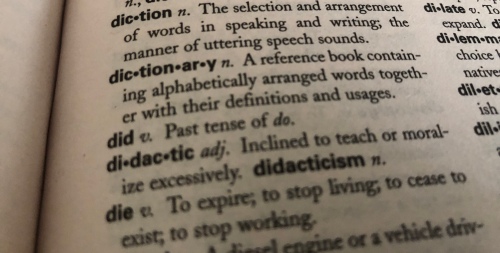 Sometimes you really need to get a point across and normal vocabulary just doesn’t seem to cut it.  Sometimes, you want to pack a little extra punch with your delivery and unload with some four-letter favorites, but then other times you don’t want to disappoint your mother or be compared to some salty sailing sea dog.  Sometimes there are small children around and you don’t want to be accused of tainting their virgin ears.  Sure, sometimes those small children are even yours and you don’t want your wife to blame you for setting a bad example.

That’s where this list will come in handy.  Simply plug in my top tried and true cuss word alternatives, and you’ll be sounding like a huge cheeseball in no time!

Chimichanga – This one is a personal favorite of mine.  As a comic book nerd, I can’t resist a good Deadpool story.  With one of his favorites things being chimichangas, he makes references to them frequently, usually at odd times.  I’ve taken it a step further and have basically started using this word as a substitute for literally any other chimichanga I feel like.  In that sense, it’s also a perfectly suitable alternative for whatever curse word I choose!

Eff/effing – I guess this is basically just an abbreviation instead of a full on alternative, but I still enjoy it.  It doesn’t have the same punch as the full word, but it leaves no question about what you’re effing getting at.

Freaking – This one seems pretty standard and straight forward.  Do I really need to freaking explain why this word made my list?!

Good night – If I really need to hammer the point across, I might even throw in an extra word at the end.  “Good night, doctor” is a personal favorite of mine when I’m feeling especially exasperated or frustrated.

Holy Shite – Technically this is still a cuss word, but it has more of a British flair and isn’t typically used in standard American English.  That makes it more acceptable, right?

Mother of Pearl – Quite possibly the most wholesome alternative on this list.  It catches people off guard when they think they know what’s coming, and it’s also just fun to say.

Motherfather – With all of the political correctness going around these days, it’s important not to be gender specific.  This option covers all the bases and is a fun alternative for what you’re really thinking!

Sheboygan – This is just a town in Wisconsin, but it’s a lot of fun to say, and fits in nicely as a useful alternative when you have crap to say.

Shiitake Mushrooms – I typically end up dropping the mushroom part and just stick with shiitake.  This one seems kind of like cheating a little bit, because you’re still saying the word, you’re just adding “ake” at the end.  Oh well, shiitake happens, I guess.

Son of a biscuit – I like to draw out the “s” sound at the beginning, then rush the rest of the phrase together.  It draws out the curiosity a little more about what you’re going to say.  Sssssssssonofabiscuit!

Sugar biscuits – I use the same tactic with this phrase as I do with son of a biscuit.  It has a different opening sound, so I linger on it before I finally rush through the rest of the saying.

What the what – The sayings included in this list range everywhere from G rated to PG-13.  I would probably say this one might push a standard PG rating.  There’s nothing questionable about it, but if I heard a three-year-old say it, with it’s obvious intended implication, it would catch me off guard…after I stopped laughing, of course.

What did I leave off the effing list?  Sound off with your go-to choices in the comments below!  Now if you’ll excuse me, I kinda feel like I should go wash my mouth out with some doggone soap.

One response to “The CKFiction Dictionary: Creative Cursing – Alternative Curse-Nasties”